The Meaning of Competition in Life

Aide Razak 15.46 Article in English
"Indonesian people do not like competition." So said Gheeto TW in his book, entitled Gol !. The "dislike" parameter can be seen from the attitude of football fans who often act anarchically when their favorite team loses.
Not only supporters, players on the field also tend to be easily provoked by emotions and sometimes even get involved in a fight both with opposing players and with the referee.

Perhaps it was their pride that was so high that defeat was despised. Even though defeat is a means of learning to be better next time. That is why the atmosphere of football competition in our country is still not conducive.

So, inevitably we have to compare it with overseas competitions. Even if there is still violence, harassment, cheating or anarchy, the competitive atmosphere abroad such as in England, Spain, Germany, Japan, and even our neighboring country Thailand is much better. They still respect, even though they lose; encourage ourselves to keep going and growing.
The competition atmosphere is arranged in such a way that it is very tight and exciting. Therefore, it takes mental and physical strength to be able to play in such a tough competition. And, it was precisely the intense competition that made rapid progress. 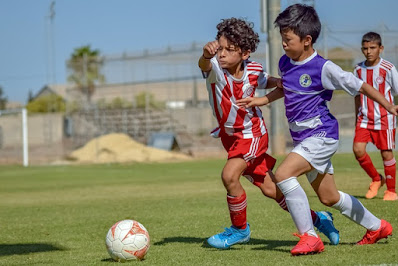 Brian McBridge (former US national team player) said, "I think competition is very important. Competition produces a lot of good things in a person." So, there is nothing wrong with competition, it actually helps someone discover the greatest potential in themselves.

Linguistically, competition or competition comes from two Latin words: com (together) and petere (to seek, to do something seriously). So the spirit of competition is not for the pursuit of one's own gain, but in it there is always a spirit of togetherness.

Usually football competitions are divided into two groups; long and short competitions. Which is more difficult? Each of them has different characteristics.

In short competitions, a player must be persistent in fighting so that in about one month they have to maintain their physicality and concentration, from the preliminary round to the end.
With a break per match that is usually only two or three days, you can imagine how tired a team can get to the final round. Sometimes the finals even become anti-climax because the players are very tired.

However, there is something that is quite surprising, a player who performs very well in short competitions such as the World Cup, Euro, Asian Cup, or the Olympics is not necessarily able to perform well in a competition titled long league or regular that takes place for one season (about one year).
It turns out that fighting for a long time is more difficult than fighting for a short time. In regular competition, a player must maintain his fitness in order to perform optimally in one full season.

Likewise, life is like a very long competition. Not only physical fitness that must be maintained, but also the fitness of the heart and mind throughout life, not to mention we have to be careful with fouls, blunders, and not suicide.
In fact, unlike football competitions which have an end, life doesn't know when and where it ends, a mystery to us but not to its creator.

Hopefully there is a lesson. Wassalam :)